A traditional Christmas in Church Farmhouse!

A traditional Christmas in Church Farmhouse!

Christmas begins with the making of a Christmas Pudding, preparing it during the summer is essential, taking turns to stir the aromatic pudding mixture, always with a wooden spoon, is a family tradition when you supposed to make a wish.

Spooned into a white bowl, covered with muslin and tied with string, the pudding must be steamed for 4 or 5 hours.  Lifting out and allowing to cool, the pudding will be stored in a cool dark place (under a bed in the spare room is just perfect) to mature for Christmas.

Yeasted cake breads, which were eaten during the 15th, 16th and 17th Centuries, gave way to the dark, aromatic, fruitcake, invariable steeped in alcohol, which are now the traditional Christmas Cake in Britain and baked with a generous amount of brandy, decorated with almond past, icing and topped with a jolly Robin Redbreast, which we cut out by hand and paint hoping to give it a festive expression.

Actually it was Prince Albert of Saxe-Coburg, the husband of Queen Victoria who managed to change so completely our style of festivities with the advent of the Christmas Tree from his native Germany and the introduction of the round plum pudding. 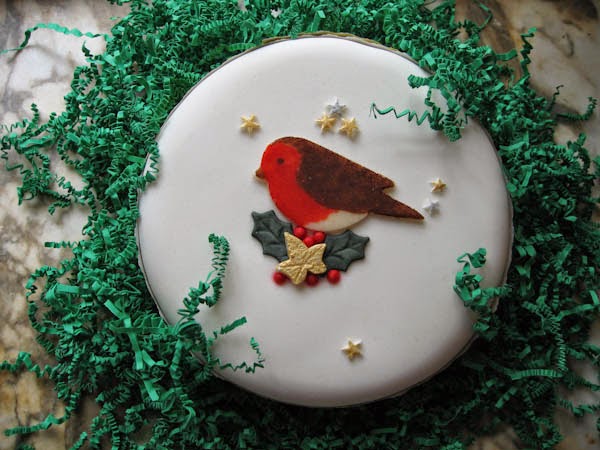 One of our fruitcakes after decorating.

Decorating the Victorian farmhouse begins the week before Christmas and is a real ‘occasion’ with very traditional decorations, in fact probably a bit ‘over the top’, which is just how it should be!

A beautiful old china bowl of pine cones, some of which we paint gold and silver, together with dried orange rings, cinnamon sticks and cloves is placed on the hall table, they smell divine.  Small branches of Holly and Fir tree are arranged in large jugs (Holly berries are essential!) and arranged in focal points of the hallway both downstairs and upstairs. 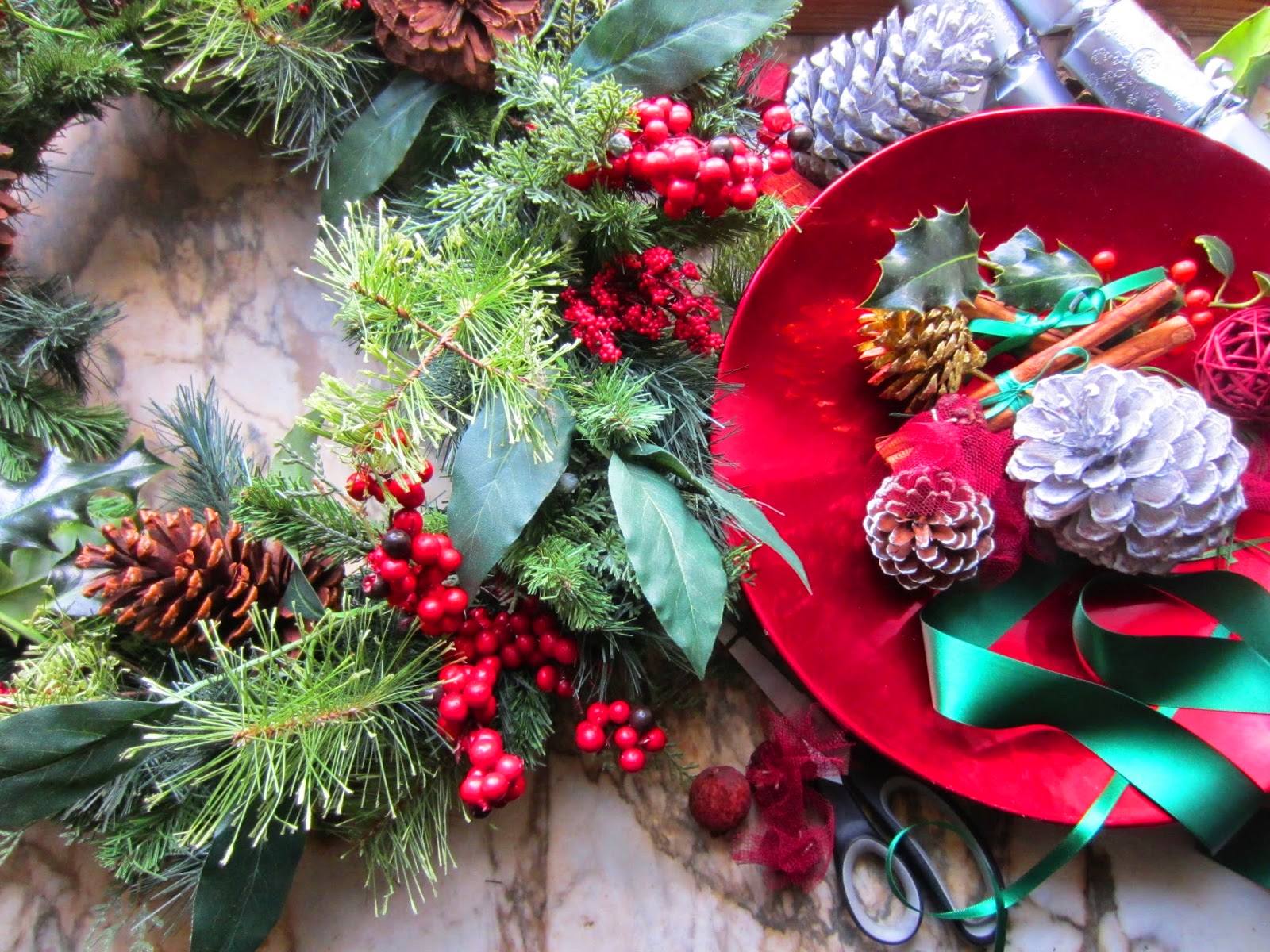 Although we are not particularly religious, we have an old stable and manger with little figures portraying the birth of Jesus on a small table in the sitting room which comes out each year.

Our Christmas Tree will stand in the sitting room window, and hung with coloured glass baubles, many of which have graced our Christmas Trees for over 40 years (won’t say how old our children are now!) and lights, are part of tradition which to us is just how we like it to be. Mind you we also arrange coloured lights around the servants bells in the kitchen which are switched on every evening.

The tree and the decorations are taken down and put away on 6th January as tradition dictates.

We usually go to a midnight mass to welcome in the birth of Christ in our village Church, which is opposite our home, so walking to Church at 11pm seems to make it very special, it really feels like Christmas.

View from the house.

Christmas day begins with dressing gowns and slippers, scrambled eggs and toast and marmalade for breakfast.  Please note that the fire will have been lit and we gather in the sitting room to open the pressies, which have been arranged under the Christmas tree.  Pressies always include books and silly things such as beetles which run in circles or make odd noises.

Lunch is always very traditional and not served until at least 3pm, when the best china will make an appearance, together with the best white linen serviettes, really pretty crackers and Christmas candles and ‘Tomte’ a traditional little elf, who must be fed or he will cause trouble ! Charming little chap…who has been with us for about 30 years and appears on our Christmas table each year…

The Christmas meal is always, roast potatoes, roasted parsnips, carrots, red cabbage, Brussels sprouts and maybe broccoli and lots of homemade herby stuffing rolled into balls and of course, a large turkey. The Chrissy Pudding will have been steaming for a couple of hours, before putting on to the table, pouring over brandy and setting light to it.  It will be served with double cream and custard. Coffee and the essential chocolates – if anyone can manage one! We then disappear into the sitting room to to sit by the fire and read our books, look at our pressies, watch a good film or maybe a seasonal tv programme.

About 6pm is ‘teatime’, maybe smoked salmon and cucumber sandwiches, mince pies and of course, Christmas Cake together with cups of tea.

Boxing day is spent with friends or family – never at the sales!